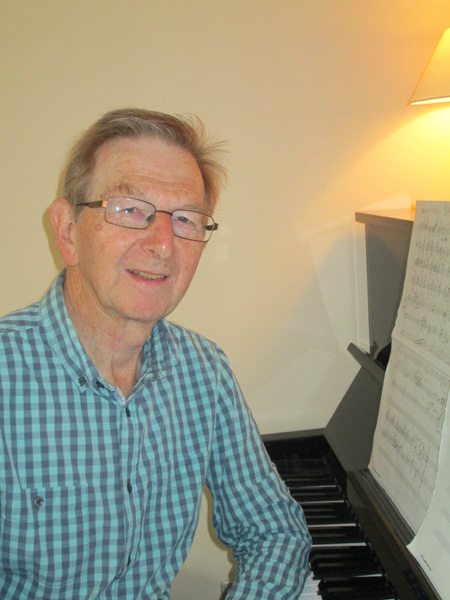 David Lyon was born in Walsall, West Midlands, in 1938. After Army service playing French horn in a military band, he studied piano and composition at the Royal Academy of Music 1960-64 and later at the University of Bristol.  Although composition has been his main preoccupation, he has also had a secondary career as a jazz pianist, mainly in small groups or as a soloist. His compositions have covered a wide and varied field, from chamber, choral and orchestral works to music theatre, always with the emphasis on directness of expression within a clear structural framework. A natural bias towards melody, rhythm and colour has led to a series of lighter orchestral works, most of which have been published by Mozart Edition.

Please note: some of David’s early works were published under the pseudonym Leo Norman.

Intermezzo for Strings (originally published under the alias Leo Norman)

Overture for a Comic Opera

For enquiries, please use the form below: